Okay Airways Headquarter is set in Beijing, with Tianjin Binhai International Airport as its major operational base and Changsha Huanghua

International Airport as its second operational bases. Until the end of 2015, there have already been 20 airliners of B737 series, 1 B737

- No history of incidents or accidents, No criminal history

- No limitations on ATP and/or type rating

Tianjin, Changsha or Xi’an in China 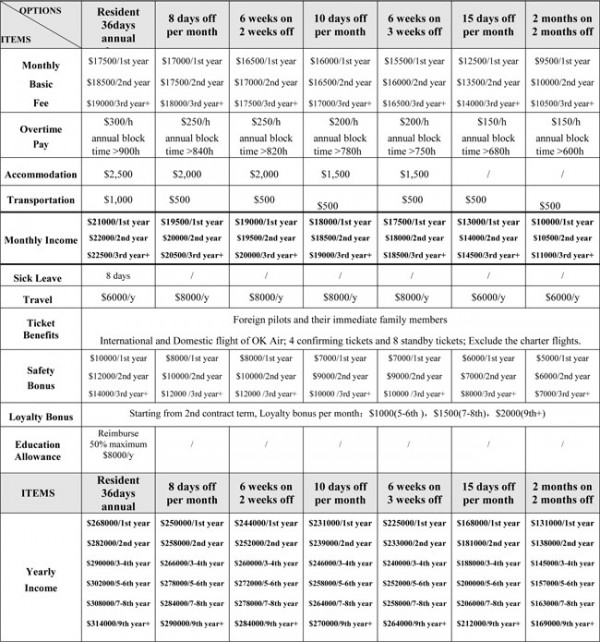 If this contract is of interest to you, we require from you by e-mail as soon as possible copies of the following:

6. No accident/incident report (from previous/current employer) -can be provided later

7. No criminal record – issued by your local police authority -can be provided later.

Initial Screenings will be held in Tianjin. The Screening will include: