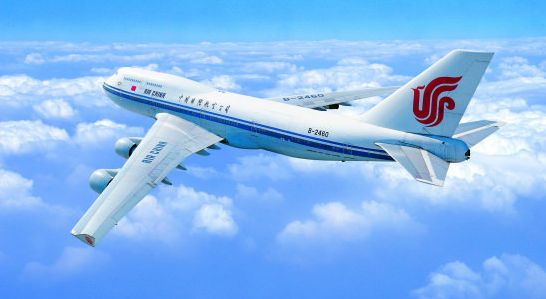 China will need 6,103 more passenger aircraft over the next 20 years,

according to a forecast released by the Aviation Industry

The newly recruit passenger fleet will include 5,120 jumbo jets and 983 regional aircraft, according to the "China Civil Market Outlook for Civil Aircraft (2017-2036)" report.

By the end of 2036, the number of passenger aircraft for the country's civil aviation transport will reach 7,079, including 6,065 large-and-medium jumbo jets and 1,014 regional aircraft.

In the same period, China's cargo fleet in the civil aviation market will reach 748.

Stable growth in China's economy, tourism, urbanization and the upgrading of consumption are major factors increasing demand for

aircraft, according to the report.

Over the next 20 years, the ratio of wide-body passenger aircraft in China's civil fleet will increase due to expanding trade accelerated by

the Belt and Road Initiative.

By the end of 2016, China's civil aviation fleet reached 2,950 aircraft, including 2,818 passenger aircraft and 132 cargo freighters. The net

around the world on about 300 air routes.

Corporation of China (COMAC), has received 730 orders from 27 customers worldwide.

The country's first domestic regional jetliner ARJ21, also developed by COMAC, has entered into mass production. It has received 433

orders from 20clients so far.